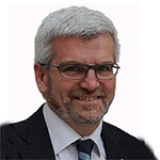 Ross graduated from the University of Newcastle, has Fellowships from the Royal Colleges of Surgeons of Glasgow, Edinburgh, and England. His MDOrth is from the RCPS Glasgow). He was the first dentist to be awarded the prestigious Senior Fellowship of the Higher Education Academy

He has worked in Birmingham, Dundee, Glasgow, Newcastle, and Sheffield dental schools. His specialist orthodontic training was completed in Dundee. From 1992 to 2009 he was at University of Newcastle upon Tyne, as Senior Lecturer/Consultant, Head of Department and the MSc/ Specialist training program in orthodontics. He has published over 60 refereed articles on Orthodontics, hypodontia, dental materials, and education.

He was Chair of CCDAS (the BDA academic committee) and a member of the BDA Executive Board from 2004-2008. He was awarded the BDA Fellowship in recognition of his work for the profession in 2010.

Ross resigned from Newcastle Dental School in April 2009 to establish Windmill Dental Suite, the NE of England’s first private multidisciplinary specialist practice. In 2012 he and his partners established Windmill Orthodontic Group with 7 practices across the North of England. He was appointed to the Chair in Orthodontics at UClan in 2012 to develop part-time specialist orthodontic training in primary care. In 2011 he and Lester Ellman launched Oralign Ltd. Ross left Oralign and joined IAS Academy in 2015 where he is training director. His passion is making orthodontics simple and accessible to everyone.

In his spare time Ross is an international yachtsman, holding a number of major race wins and records including the Scottish Islands Peaks Race, 2 handed Round Britain and Ireland Race, The Transat Jacques Vabre Race, Plymouth to La Rochelle Cross-Channel World record and Bermuda to UK Transatlantic World Record.